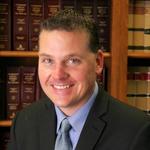 Blake A. Bittel was born in WaKeeney, Kansas, raised on a farm in Trego County and graduated from Ellis High School. After high school, he obtained his undergraduate degree from Fort Hays State University and a Juris Doctorate from Oklahoma City University School of Law, graduating with honors in 1997.

Following law school, he engaged in civil practice in Oklahoma City for 14 years and represented business and individual clients in complex litigation cases, out of the state of Oklahoma, other states, and Federal courts. In 2007 he moved back to Kansas eventually joined Kennedy Berkley at its branch office in Hays.

In 2016 he was appointed by the governor of Kansas to serve as the District Judge for the 23rd Judicial District. As District Judge he handled a multitude of cases and trials, including complex medical and personal injury actions; issues regarding farm, land and water rights; domestic and custody cases; disputed probate and trust issues; insurance disputes and high-level criminal issues.

After serving as District Judge Blake rejoined the firm in 2021. Blake's practice will focus on all aspects of civil litigation; domestic and family law; criminal defense; commercial law; and mediation. He is licensed to practice in Kansas and Oklahoma. He is based in the firm's Salina office but meets clients at the Hays office as well.

Thank you for contacting us. We will get back to you shortly.

Please complete all required fields below.

At Kennedy Berkley Yarnevich & Williamson, our full-service law firm is committed to providing clients with the compassionate, tenacious representation they deserve. With services including business law, family law, employment law, criminal defense, personal injury, and much more, our team is uniquely qualified to be who you turn to no matter what your legal matters may be. Fill out the form to find out more about the options available to you in your case. Our attorneys have decades of experience and are prepared to help you find the innovative legal solutions you need!